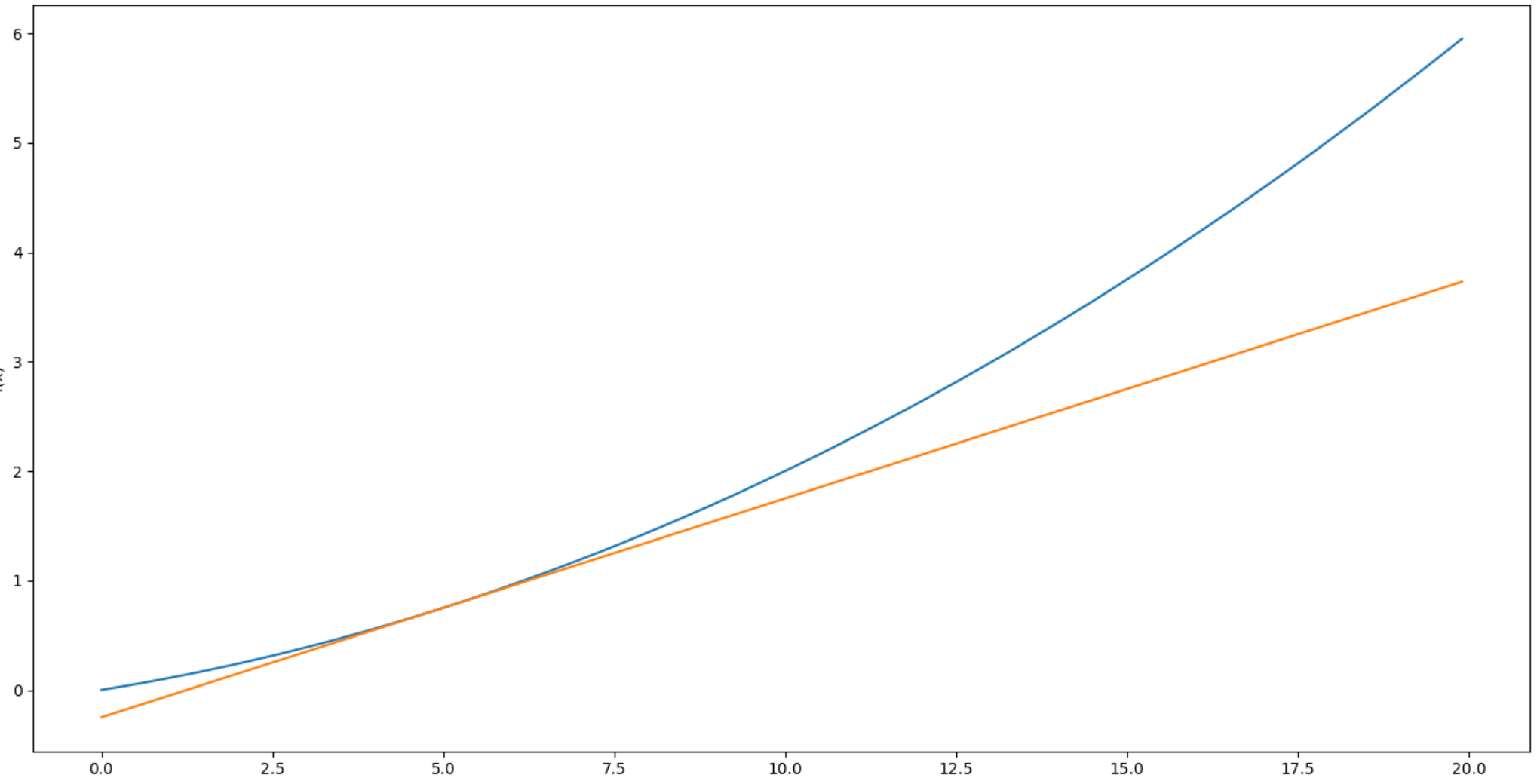 In numerical differentiation, symmetric Newton’s quotient (a.k.a. symmetric difference quotient) is known to more effectively approximate the first derivative of given function

, in comparison with the (first-order) divided difference. This statement can be summarized as the following proposition.

This sounds intuitively correct, since taking average of left and right divided differences at the point

seem to smoothen the drastic slope change that can occasionally occur only one side. This is shown by somewhat technical manner.

is assumed to be of class

as a function on

. By the Taylor series expression of

Subtracting the second row from the first, and divided by

Similarly we have the lower order infinitesimal equation:

, we can evaluate the equation only by the order of infinitesimal with regard to

is sufficiently small, which finish the proof ■