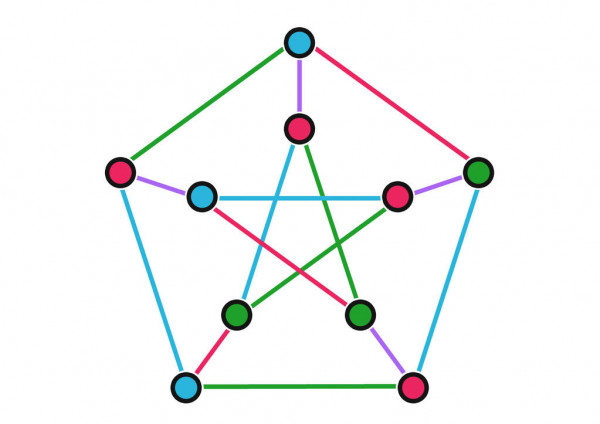 The simplicial complex is an algebraic foundation of broader area of mathematics that carries combinatorial information based on the topology. In particular, the well-developed methods of construction and their calculation are significant to apply in real-life data science.

To analyze the topology of data by means of some well known construction such as Čech’s, we want an arbitrary map between spaces under some reasonable constraints to well behave around some representing point of data, in a sense that the map does not disregard too much of the combinatorics.

be a continuous map between realizations of simplicial complexes and

is said to be a simplicial approximation of

). At the first sight, this is quite a formal description that the objective is not apparent. When exists, the key properties of such approximation

is that it should suffice:

Keeping these in mind, consider the equivalent statement:

The later statement automatically implies the former (the former is under more strict condition). From the former to later, we should not mistakenly appeal to the simple topological fact that for an open set

; because it is not true that

in general (only when

For the rigorous proof of the equivalence, we note that realized simplices

always are compact metric space, which is sequentially compact (i.e. every sequence has convergent subsequence), which is complete (i.e. every Cauchy sequence converges within the set). Assuming the former statement implies negation of later, in which we have

and an open neighborhood

. Then, by continuity of

for some (infinitely many)

To see the approximation as an “operation” to a continuous function between simplicial complexes, there are some notable properties:

finally, we have the notable simplicial approximation theorem:

between simplicial pairs admits simplicial approximation. In particular if

is finite, the approximation can be taken over iterated (barycentric) subdivision of

Applying the previous theorem, we have some fundamental results in the homotopy theory regarding the homotopy group of a hypersphere. The proof is from Hatcher’s and it uses the key fact that the simplicial map sends a simplex to a simplex of dimension equal to or less than (called degenerate simplex) the original.

, it is sufficient to show that any map

Proof. By the previous theorem,

by the lifting theorem